Creating resiliency – one city at a time

Certain events have an impact like no other. Hurricane Sandy fell into that category for many—it was the first time climate change caused major destruction in heavily populated cities on the East Coast.

Today, virtually every coastal city in the U.S. has acknowledged the need to focus on the significant threat that climate change poses. As an organization that has helped designers across the country address climate-resilience challenges, we were excited to help facilitate the Urban Land Institute Boston’s May 2014 charrette: Living with Water: The Urban Implications.

The charrette was a unique event that brought together more than 70 ULI members, sustainability experts, community organizations and city officials to discuss the visible threats of climate change in Boston, particularly sea level rise. In October, ULI released “The Urban Implications of Living with Water,” a 52-page report outlining the implications of sea level rise for the region, with a focus on four sites that represent different typologies.

An interdisciplinary team comprising development, finance, design, and insurance experts was assembled for each site. The teams were paired with city leaders and local experts to address the following questions:

The report contains an in-depth exploration of the common themes that emerged from each of the four teams.

Importantly, the teams stressed that designing for sea level rise differs from making preparations for an emergency like a superstorm. To address these issues, each site team presented not only key strategies and design opportunities for the area it studied, but also a comprehensive risk profile and a detailed look at the obstacles and barriers, such as diverse property ownership, historic preservation and transportation considerations.

The economic consequences of failing to make investments in resiliency were made clear in the World Bank’s 2013 report, "Future Flood Losses in Major Coastal Cities,” which predicted that global flood losses could exceed $1 trillion per year by 2050. As coastal cities around the world study their situations vis-à-vis climate change, we look forward to continued involvement in efforts like ULI Boston’s to formulate development strategies. That will help create the type of robust public/private partnerships needed to build more resilient communities.

We’d like to know what you think. Share with us your innovative ideas for building more resilient communities in the comments area or contact the author. 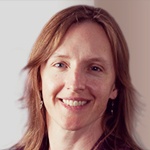 Heather Scranton is a Senior Project Manager at Haley & Aldrich. She is passionate about incorporating resilience in infrastructure, buildings and communities.

Why the new ISO 45001 matters to your business