The Kosciuszko Bridge (K-Bridge) is a critical component of New York City’s transportation infrastructure. As one of the most heavily traveled roads in New York City, it carries nearly 200,000 vehicles between Brooklyn and Queens each day. The bridge was originally built in 1939 and designed to accommodate a fraction of New York City’s current day traffic. In 2014 the New York State Department of Transportation (NYSDOT) determined that replacing the K-Bridge was a necessary investment in the safety and quality of life for the communities it serves. 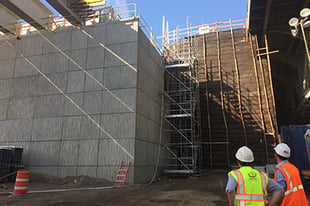 Massive design-build projects with strict deadlines, underground engineering, and multiple stakeholders – including contractors, the DOT, engineers, and owners – are challenging and complex. The first phase of the $550 million Kosciuszko Bridge Replacement Project, which involved designing the 1.1 mile stretch of the Brooklyn-Queens Expressway (BQE) Connector, was a prime example. The Skanska/Kiewit/ECCO III team in association with HNTB and supported by Haley & Aldrich was awarded the design-build contract for Phase One of the project.

While there were countless places where this fast-paced, complex design-build project could have gone wrong, we learned that with thorough preplanning and analysis to identify and understand risks, a deep understanding and anticipation of project stakeholder needs, and transparent collaboration between stakeholders, success was possible.

Minimizing costly surprises were a concern, but the risks weren’t just financial. Ensuring public safety and minimal disruption to the traffic flow and surrounding community were of the utmost concern. In fact, NYSDOT required that traffic continue to flow throughout the project.

To meet strict deadlines on this very public, high-dollar project, attention to schedules and approval milestones were essential. Our team knew we needed to minimize design review and approval. Without a well-thought-out plan in place, the review and approval process could have brought the project to a halt.

To meet the owner’s needs and keep traffic flowing during construction, the design-build team identified a creative approach that would allow for construction to occur beneath the existing BQE structure while traffic proceeded above. Before work began, the team planned the progression of the work to consider every risk that could occur. The existing approach viaduct piers were founded on spread footings and the weight of the new fill would cause settlement – the question was how significant and how distributed. We clearly defined all potential issues and risks through “what if” scenario planning and statistical analysis. This included designing a robust geotechnical monitoring and instrumentation system that monitored soil settlements and vibrations of the new and existing bridge structures during construction.

We created contingency plans for issues that could arise, including what we would do if certain measures we put in place failed. With this approach, we got ahead of all potential risks before work began, which allowed us to conduct the work more efficiently once we started. We were also able to conduct construction in stages below and adjacent to the existing viaduct without road closures. The robust system provided peace of mind for the owner and other stakeholders and was critical to our team’s success.

Another significant part of the project was creating an environment where the owner had visibility into the design process. We accomplished this by first understanding what the owner valued – in this case efficiency and safety were paramount.

With that understanding we created an environment of open collaboration between the owner, engineer, and contractor, which consisted of structured, frequent communication. For example, we invited the owner to listen in on design meetings between the engineers and contractors – called “over the shoulder” meetings. The owner could see each step of the design, so they knew what to expect and could quickly intervene if needed.

As a result of the collaboration and transparency, we ultimately shortened the design review cycle time by getting the owner's input and approval more efficiently.

The team’s well-planned strategy focused on thorough pre-planning and risk identification, deep understanding and anticipation of key project stakeholder needs, and transparent communication between stakeholders. Ultimately this allowed the team to anticipate potential pitfalls, reduce design review time, and ensure the safety of travelers and the community. For more detail on this project, read our technical paper presented at GeoCongress 2019. 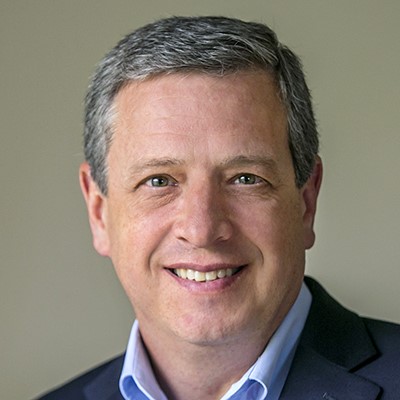 Ed Zamiskie, P.E, is the Market Segment Leader for Haley & Aldrich’s Government Infrastructure market segment. He has 35 years of diversified geotechnical engineering experience that includes infrastructure, vertical construction, and site remediation projects. Ed’s areas of expertise include site characterization, deep foundations, and ground improvement. He has a Bachelor of Science in Civil Engineering from Lafayette College and a Master of Engineering in Civil Engineering from Stevens Institute of Technology. He has been involved with many notable infrastructure construction projects in the NYC Metropolitan area including replacements of the Goethals, Victory, and Raritan River Bridges, and foundation reconstruction of the Henry Hudson Bridge.

You need a business continuity plan. Here’s why.