UPDATE: July 6, 2020
On July 6, the U.S. Supreme Court granted emergency relief to the U.S. Army Corps of Engineers (Corps) from having to limit the use of NWP 12 for all new oil and gas pipeline projects. As a result, the original ruling limiting the NWP 12 will only apply to the Keystone XL project, which it was originally intended to impact. Therefore, for the time being, the Corps will be reviewing and issuing NWP 12 permits as they have done prior to April 15, 2020 (except for the Keystone XL project). However, the appeal of the May 11 order has yet to be ruled on and is scheduled for Fall 2020. When that ruling is made, the emergency relief ruling would effectively end. There is clearly much more to come from this and not a small amount of uncertainty.

UPDATE: May 19, 2020
On April 27, the Corps filed for a partial stay of those portions of its decision that vacated NWP 12 and which prevented the Corps from authorizing dredge and fill activities under the permit. The stay was rejected by the court on April 28. On May 11, the Corps’ request to narrow the ruling vacating the NWP 12 was also denied; however, the judge clarified that the NWP 12 could still be used for non-pipeline projects, such as electric transmission lines, citing a lower threat to endangered species. Additional clarification was also provided indicating that the NWP 12 will remain in place for projects that had components previously authorized under an NWP 12. On May 13, the Corps appealed the original order and the May 11 amended order to the U.S Court of Appeals for the Ninth District – so the battle continues.

To be clear, this does not mean that pipeline projects that cross regulated waters and wetlands cannot be permitted. Several states and Corps Districts have developed Regional General Permits under which these crossings may be permittable in certain states. In addition, less invasive crossings such as horizontal directional drilling or micro-tunneling can avoid the need for wetland permits if designed correctly. However, crossings of navigable waterways may still be extremely difficult and time consuming as they would almost certainly need to undergo review as part of the Individual Permit application and review process, which can take over a year when the project is controversial (and is the case with many pipeline projects these days). 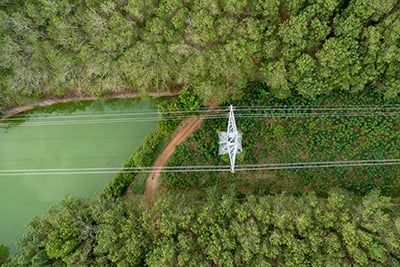 The Corps has authority under Section 404 of the Clean Water Act (CWA) to regulate the discharge of dredged or fill material into federal jurisdictional waters of the U.S. Section 404 of the CWA requires any party seeking to construct a project that will discharge dredged or fill material into jurisdictional waters to obtain a permit. The Corps issues NWPs for categories of activities that are “similar in nature, will cause only minimal adverse environmental effects when performed separately, and will have only minimal cumulative adverse effect on the environment.” The NWPs are valid for five years, at which point they must be reissued or left to expire. The Corps issued NWP 12 for the first time in 1977 and reissued it most recently in 2017 with an expiration set for April 2022.

What did the court decide?

Although triggered by a specific project issue, the court broadly found that the Corps did not comply with the Endangered Species Act (ESA) in reissuing the 2017 NWP 12, and directed the Corps to review NWP 12 so that it complies with the ESA through consultation with the U.S. Fish and Wildlife Service (FWS) and the National Marine Fisheries Service (NMFS) in accordance with Section 7 of the ESA. The court further prevents the Corps from authorizing any new dredge or fill activities in federal jurisdictional waters of the U.S. under the 2017 NWP 12.

What was the basis for that decision?

In the 2017 reissuance of NWP 12, the Corps, as lead federal agency, determined it would have minimal adverse impact and that the 2017 NWP 12 complied with both ESA and NEPA; however, the Corps did not consult with the FWS or NMFS based on its minimal impact determination. The court determined in this recent ruling that the Corps could not have reasonably made this determination without programmatic consultation with the FWS and/or NMFS and therefore, ruled that the current 2017 NWP 12 did not comply with either the ESA or NEPA.

What happens now for NWP 12?

The court’s ruling does not tell the Corps how to implement this decision – it simply states that the Corps cannot authorize any dredge or fill activities in jurisdictional areas under the 2017 NWP 12. Last week, the Corps directed all district chiefs to immediately stop verifying pending or new pre-construction notifications (PCNs) for compliance with NWP 12 until further guidance is developed. Considering this decision, here are some important questions that permittees might have:

Will the NWP 12 be eliminated nationwide and, if so, when?

The court’s order indicates that the Corps can no longer authorize projects under the current 2017 NWP 12 as of April 15, 2020 and does not limit this to a district or state. We believe the implications of the court’s order could be implemented much broader than the Keystone XL project or the state of Montana. In fact, we are already seeing national implications in the initial Corps guidance to all of its district chiefs. However, it is highly likely this decision will be appealed.

How does this impact projects previously authorized under the 2017 NWP 12?

The key issue at question is the protection of threatened and endangered species from activities authorized under NWP 12 and that a determination of no adverse effect could have reasonably been made without programmatic consultation with FWS and NMFS under the ESA. It is important to note that programmatic consultation was not conducted for any of the 2017 NWPs. We believe it is plausible that other NWPs could be challenged on similar grounds, and, in fact, this has already occurred with an October 2019 ruling on NWP 48 (see below). 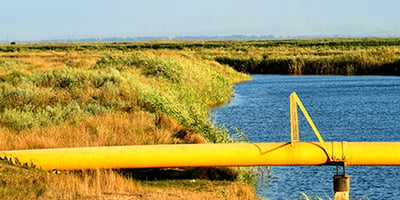 If the current 2017 NWP 12 is no longer valid, it is unclear what this means for projects previously authorized under NWP 12 since its reissuance in April 2017. There is no apparent precedent for this; however, a ruling in a case decided in October 2019 where NWP 48 (Commercial Shellfish) was vacated could provide some insight. This ruling cites opinions in two previous cases and concluded that, even if a regulation is not promulgated appropriately and the regulation is invalid, the “invalid rule” may be left in place when equity demands it be done so while the agency reconsiders or replaces the regulation. The NWP 48 case makes the assertion that shellfish growers can still apply for Individual Permits (IPs) and the Corps can allow enough time to make these applications. The court has accepted motions from all parties to determine if prior verifications or permits issued under the NWP 48 will be vacated and if applying for IPs will be required. The decision from the court on this issue is still under review.

What does this mean about the future of the NWP 12 in the 2022 authorization?

The Corps was ordered to conduct an adequate analysis of direct and cumulative adverse effects for the 2017 NWP 12; however, this may not be practical given the timeline for the forthcoming 2022 NWP reauthorization. On that basis, projects located in or impacting federal jurisdictional waters of the U.S. that would have used NWP 12 will now require an IP for the foreseeable future.

The 2022 reauthorization of NWP 12 will be required to go through programmatic consultation with FWS and the NMFS (as it had previously in 2007 and 2012). This will require a vigorous evaluation of cumulative impacts and this may be complicated by changes in NEPA, which no longer require cumulative impact analysis. An open question is if there is enough time and resource to complete that evaluation by June 2021, when the proposed 2022 NWPs would likely need to be published. If not included in the April 2022 reauthorization, it is possible that NWP 12 will either not be included in the 2022 NWP authorization or will be included later.

In the absence of NWP 12, can projects proceed?

Even if the court’s decision is appealed, the supporting documentation and assertions of the plaintiffs in this case make a compelling argument and bring into question if an appeal would succeed. Assuming the NWP 12 will be a viable permitting tool would put those projects at risk.

We advise applicants to seek IPs for jurisdictional crossings on linear projects. Applicants should be aware that permitting costs will likely be higher and the schedule will be lengthened under an IP process; therefore, they should plan accordingly. Additionally, to issue an IP, the Corps must go through the NEPA review process. Currently, it is unclear how the Corps will evaluate adverse effects for a project with multiple jurisdictional area crossings given the recent elimination of cumulative impact analysis in the NEPA guidance. While the costs and schedule will increase, the assurance that the project has adequately addressed all regulatory concerns and has a permit issued to support construction and would be worth the effort.

If you have any questions on NWP 12 and how the court’s decision will impact your projects, reach out to Dane Pehrman.

Dane is the Energy Market Segment Leader for Haley & Aldrich and lives in southern New Jersey. He has over 30 years of experience planning and permitting renewable energy and electric transmission facilities in the U.S., Europe, and Central Asia. Dane has led licensing and permitting programs for electric transmission development and reliability projects in all coastal mid-Atlantic states, including preparation of National Environmental Policy Act documents. He has also provided public testimony in siting hearings for transmission projects and expert testimony on a Clean Water Act Section 404 case at the U.S District Court of West Virginia Southern District.